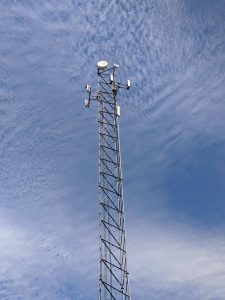 Bloofiber is an innovative company positioned on the New Technologies of Information and Communication (NTIC), headquartered in Salisbury, MD, at the heart of the Delmarva peninsula.

In February 2020 Bloofiber will celebrate 10 years of operation!

Bloofiber provides Internet services to households and businesses in Delmarva.

Bloofiber also provides tailored solutions to developers and businesses that cannot be served by the traditional players such as Comcast or Verizon.

Optic fiber networks such as Verizon FIOS are available in dense urban and suburban areas. The cost of a triple play subscription is often beyond $200/month. In rural areas, the traditional solutions such as ADSL operating on the old copper phone network are been retired since their maintenance cost is high and their capability limited. Hence the digital divide keeps on growing.

Bloofiber realized this a decade ago and decided to invest in Delmarva to contribute to alleviate this issue.

Fortunately, local, state and the federal government are now aware that the market conditions in rural America are not there to attract national operators to serve these communities (lower income, and lower density) and that financial support is needed.

Fortunately also, the steady progress in wireless technologies enables now to deploy Very High Speed Internet networks for a fraction of the cost of a fiber network and to do so much faster as well.

Also, the steady progress in wireless technologies enables allows us to deploy Very High-Speed Internet
networks for a fraction of the cost of a fiber network and much more quickly.

As Bloofiber has to secure its network and services, it has developed capabilities in Cybersecurity with three of its employees currently enrolled in a Masters Degree in Cybersecurity at the University of Maryland. Bloofiber is here to help in this field.

2010: Beginning of the operations on the lower shore from Pocomoke, MD.

2014: Bloofiber secures licensed spectrum with the FCC (70 MHz in band 41 same as Sprint) thanks to a Long Term De Facto Lease Agreement with three local universities: Salisbury University, University of Maryland on The Eastern shore and Worwic college.

2015: Bloofiber moves its operations from Pocomoke to Salisbury, MD, and deploys with the support of USDA/RUS the first fixed TDD-LTE network in band 41 in the nation. The network covers parts of Somerset, Worcester and Wicomico Counties in Maryland and Accomack County in Virginia with Very High-Speed Internet.

2018: Bloofiber successfully takes part in the FCC Connect America Fund auction and the awards ranks Bloofiber 29th nationwide. This awards is meant to enhance the current network and expand coverage into Dorchester and Caroline Counties.

2019: Bloofiber wins the Delaware Wireless Network for rural broadband RFP organized by DTI. Starts adding towers in Somerset and Wicomico counties in Maryland and in Sussex County in Delaware. By the end of the year Bloofiber network will cover more than half of the Delmarva peninsula.